Philip & Harriet Long (Grandpa John’s “in-laws”)   The Long family seem to have come from Chalford and Stadhampton in Oxfordshire,  appearing on the census rolls of Garford or Hanney area in the census of 1881 which lists Philip and Harriet Long, with family Philip (Edgar) at 11 years of age, Charles at 10, George – 6, Emma (Grandma West) – 4,  Alice -1,  plus two servants, but inexplicably, no mention of Mary (Millie).    Philip was a Baker and Coal Merchant “who baked old-fashioned top-and-bottom loaves, usually burnt black but crusty and very sweet.  They were so popular that his round went out to Lyford and Southmoor”.  They seem to have been members of the West Hanney Church, as their prominent gravestones indicate.  They appear to have deferred to the West family’s Strict Baptist tradition in allowing the wedding of their daughter to Grandpa to take place outside of their church.   Grandpa and Grandmas’ wedding certificate says “Grove Particular Baptist Chapel”.

For the most part, these are pictures from my mother (Elsie More’s) albums. The photos were either sent to her or taken during visits to England (Emma in 1924, John & Emma in 1937,  Bill & Elsie in 1961).  The colour photographs are from my own travels to England over the years.  These and periodic correspondence, show that contact between the Vancouver Wests and their England cousins was fairly regular, especially during the first half of the 20th century. 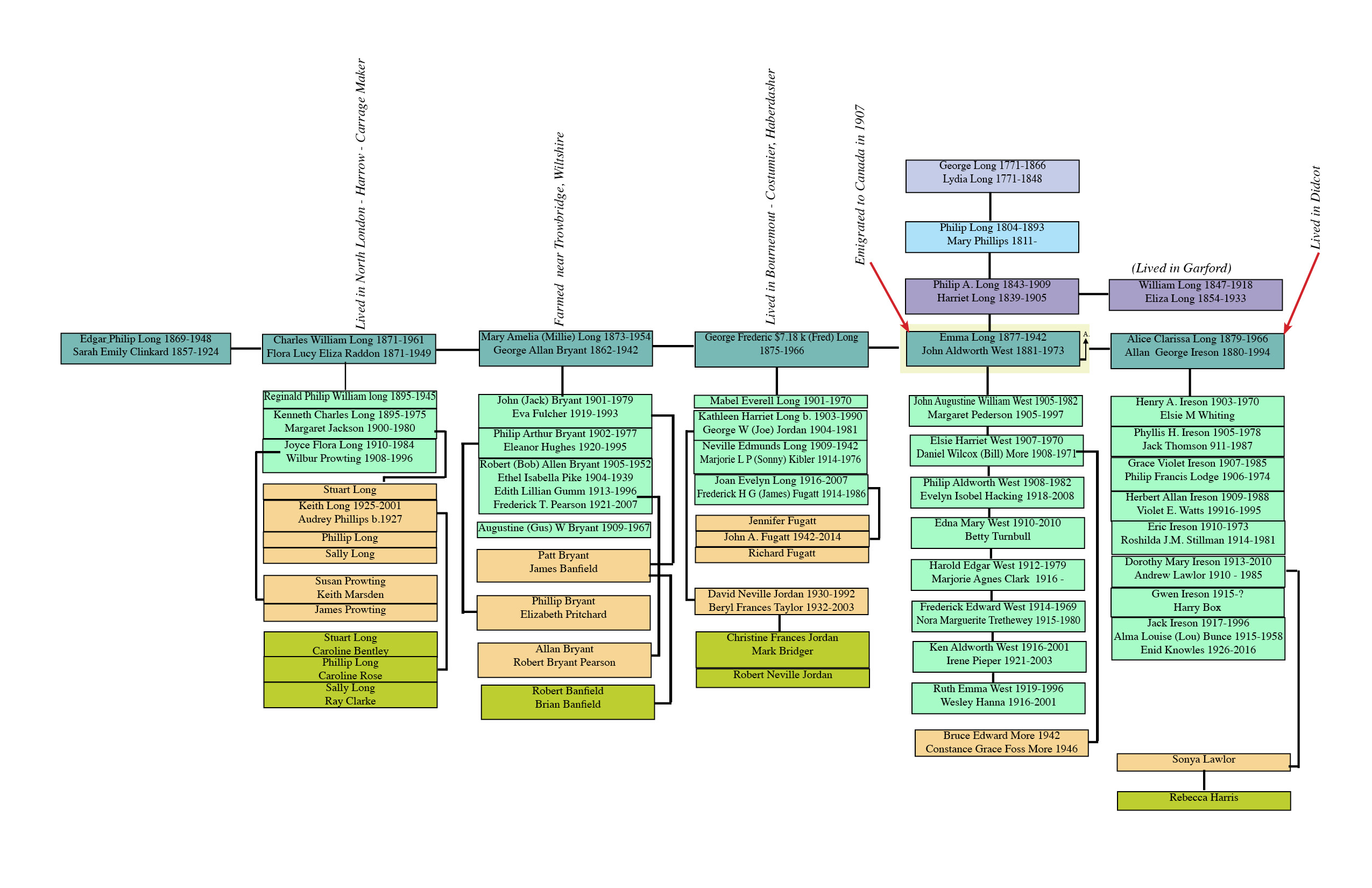