Of the many occupations of our ancestors, the miller was foremost in the 19th century. There are six mills in Oxfordshire (formerly Berkshire) which were run by members of the West family from the late 18th century onward.  (see Allan Stoyel’s research on the Mills – letter at bottom).  The first 5 were on the Letcombe Brook or it’s tributary Childrey Brook and the 6th (Blewbury) was on Mill Brook.  There is some evidence that at one point James West simultaneously tended 3 mills within a mile of each other on the Mill Brook in the late 18th century. 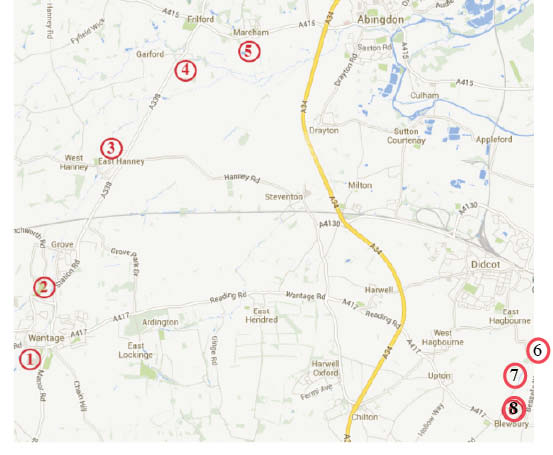 William Westell West managed this Mill as a young man, with his sister Fanny.  Go west out of Wantage on Mill St., turn left at the roundabout on Ham Rd., go all the way to the end. 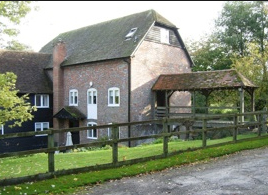 Although Daniel (b. 1813)  lived with his in-laws in Steventon from about 1845 onward, he commuted here from Steventon to a small  flat on Mill lane to tend the mill.  Since the census of 1881 shows him resident at Hines Mill with Jane and his grandson Will.  Accordingly we can assume that at some point the growing family moved here from Steventon.  Go north on A338 out of Wantage, turn left at Main St. (into Grove) and second left at Mill Lane – Hines Mill is at the end of the lane. 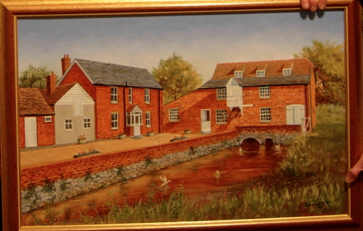 Daniel James (b. 1856) was here from 1868 until 1903 when dust/lung problems caused him  to move to Garlands Farm.  It is likely that father Daniel was a partner with him until his death in 1883.  As a boy, Jack Ireson remembers  large painted sign on the side of the building which read “West Brothers”.  It would also appear that the West brothers were in control of  the now demolished Lower Grove Mill (located somewhere between Hine’s Mill and the Hanney Mill.) Continue north on A338 to East Hanney, immediately past Steventon Rd. on the right, go diagonally left on The Green (not direct left which is Main St.).  Turn left on Halls Lane, follow it around to the left and left again just before Letcombe Brook. 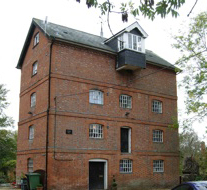 Although William Westell West(b. 1847) began his career as a miller at the Lower Grove Mill in 1858 (at age 11) and remained there until after 1861, he seems to have take the miller job at Venn Mill thereafter, raising his large family there and passing the miller’s responsibility on to Grampa John when he married Emma Long in 1904.  The family’s association with Venn Mill ended when they emigrated to Canada in 1907.  Venn Mill is easy to find.  Continue up the A338 about 2 miles and you’ll see Venn Mill and house, seemingly blocking the Rd. 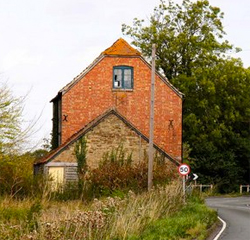 Will (Grampa’s eldest brother) was Miller here between 1902 and (at least) 1910, before taking up pig farming in nearby Drayton.  Continue north on the 338, turn right at the next major intersection (Frilford Rd.) toward Marcham.  Turn right on Mill Rd. (The Crown Pub) and go to the end of the road. 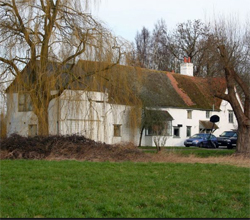 Just south of E. Hagbourne on Blewbury Road (Bessels Way) is East Hagbourne Mill Farm .  This was the location of the Mill which was converted from a water wheel grain mill to a paper mill in the early 19th c.  This was where blotting paper was invented.  Family history has an earlier West miller (James?) working at this mill, but not as a resident. 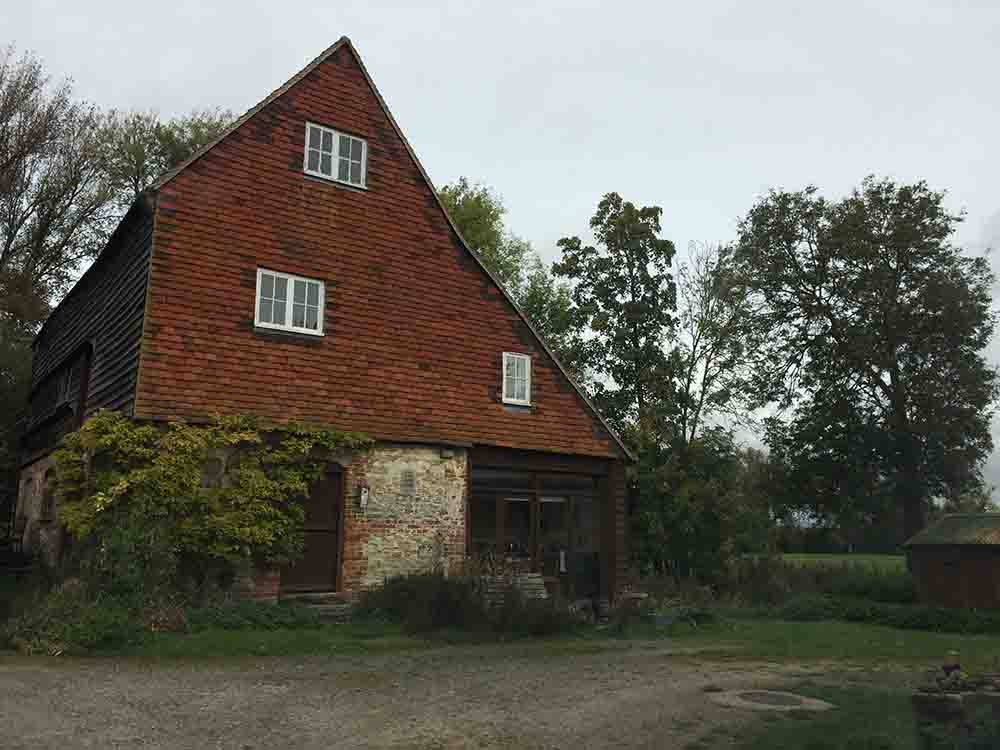 Like the East Hagbourne Mill, this mill was said to be part of the string of 3 mills which a West ancestor worked at during the 19thc.  Here we see the Mill House and the remains of the water wheel.

This is the first West family operated Mill in our records.  James (b. 1780) was here from around 1800 until his death in 1857.  The residence (at the left end of the Mill) was built sometime after 1815. Return and go south on A338 back to Wantage and go east (bending south) on A417 (Reading Road) cross the A34 past Upton to Blewbury.  Take the first left into the town (Westbrook St.) right on Church End, left on Berry lane and then the next left to the end of the Rd. 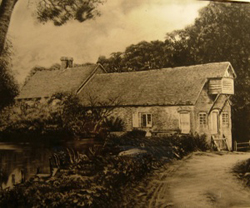 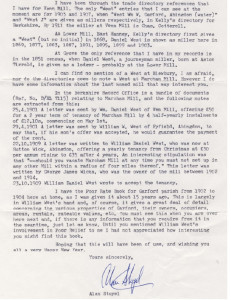 Note that he finds no mention of a West at Blewbury.  This is possibly due to the lesser detail given in mill directories (e.g. tennant Miller’ names) in the 18th century as opposed to the end of the 19th century when all occupants were listed.  Another possibility is that there is confusion between “the Blewbury Mill” (not “our” mill) and “the Old Mill” in Blewbury (“our mill”).  Family verbal tradition is quite strong putting James and Daniel in “the Old Mill” from the mid 18th century.  I rely heavily on family verbal tradition.

Many thanks to Alan for his excellent and helpful work!