Although not Wests and not first cousins, the Smith, Pocock and (Garland Farm) West familes  have been our primary family connection in Oxfordshire over several visits since the 1990’s.  (Our common ancestor is William Aldworth, father of Harriet and Sarah Aldworth (see chart below).  William Arthur Smith and Ruth Collins’ Children: Arthur and William (Billy)’s families have had a large farm complex (Bridge and Elm Farm) between Wantage and Grove for over 100 years.  From the mid 20th century, Arthur ran the crops end of the enterprise and Billy developed a large Dairy concern in the area, pioneering with electrical delivery carts, yoghurt and cottage cheese development and even shipped orange juice to England by tanker from Brazil.  Billy and Joan had 5 children who have run the farm concern since the family divested itself of the Dairy Herd in the 1990s.  Recently the family have divested further by putting 120 acres into solar panels and sheep farming. They have been hosts for our England visits in 2012 and 2015, the focus of which is the “Ancestor’s Day” at the home of Helen and Roger Barker at Bridge Farm. (See photos at bottom of page of 2015 trip photos) 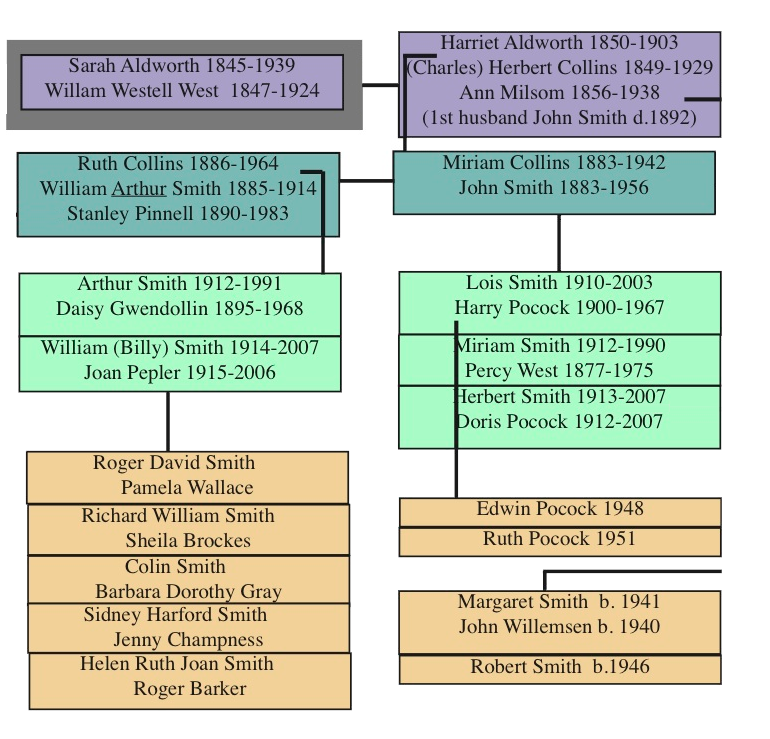