Mom was bon at Venn Mill in England and the family (grandpa, grandma, Jack and Elsie) moved to Kinscoty, Alberta when she was a year old.  They lived in Edmonton from 1910 – 1919, then moved to Vancouver.  Mom went to School at Laura Secord, King Ed and graduated from John Oliver High School in 1924. She attended Vancouver Normal School, and taught  grade one at Brighouse School in Richmond from 1928-1936.  The inspiration which she provided to her students during those years came to light several years ago in a news article. (See Vancouver Province article – below) She also helped in teaching her sister Ruth and brother Ken. 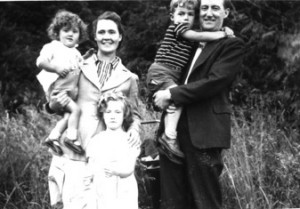 Dad was born in Weyburn, Saskatchewan (Assinaboina) in 1908 and following the death of his Father, moved to Salmon Arm around 1922 to live with his mother’s brother Will (an orchardist in the area).  He went to Normal School (now Camosun College) in Victoria  from 1925-26, returning to Salmon Arm to teach until 1930.  Hearing “the call to the ministry”  he came to Vancouver and Union College, and was ordained into the ministry in 1936.

It was duriing this time that Mom and Dad  met at Riverview United young peoples and were married in 1936 at St. James United (Now St. James community Hall).   Mom  taught  in Richmond while Dad studied at U.BC. and Union Theological College.  They were engaged for several years as Mom would have been “let go” from her teaching position as soon as she was married, and she was the only one in her family that had a steady job at that time.

They moved to Hazelton after Dad’s ordination in 1936, and shortly after that to Kispiox, a nearby Indian Village.  Donna was born in Smithers in March of 1938. There was a hospital in Hazelton, but there was no doctor there at the time.  In Kispiox, Dad was the minister at the village church, and also at taught the local school.  Art (Arthur John) was born on Hazelton in April of 1940.  In 1941, the family moved to a new Congregation in Ocean Falls, B.C. where Bruce Edward was born in 1942.  In 1945 Donna remembers the church Janitor coming to the door very early  one morning to get the keys for the church so he could ring the bells to signal the end of the Second World War.

The family moved to Trail in 1947.  There Donna and Bruce continued began there life-long love of studying and performing music.  Art took piano lessons and played baseball.   Bruce made history by getting the strap on his first day of school! (and every year for the next 4). In 1954 we moved to East Burnaby, where we took turns graduating from Burnaby South High School.  Mom took courses in Early Childhood Education, I don’t remember if she got a job or did volunteer work but she loved taking the courses and working with children.  A highlight of our time in Burnaby was the building of a new church. All of us helped in the project in one way or another.  During the years in Trail and Burnaby, we spent several weeks of each summer camping in various places in the Kootnays, and one year made the trek to Red Deer to visit Dad’s sister Annie and her family.  We also spent weeks at Camp Koolaree, where Mom and Dad payed various leadership roles.

We moved to North Burnaby (Vancouver Heights United Church)  in 1960,  where Dad continued his ministry and Mom continued to be involved in church activities- women’s groups, choir and Sunday School.  Her main focus was always her family, especially being a support  for Dad.  During the years in Burnaby, Donna, Art and Bruce followed Dad’s U.B.C legacy, taking turns graduating from U.B.C.: Donna in Anthropology and Education (1961), Art in Science and Education (1962) and Bruce in Music (1965).

Donna married James Curry  Crook in 1964.  They have three children- Kevin James,1966, Kelly Elizabeth, 1968, and (Kathryn) Danae in 1974.  Kevin married Claire McKay in 1993. Their children are Rachael Naomi (1997) and Daniel William McKay(1999).  Danae married Andrew McKay in 1997. Their children are  Emily Constance (2004) and Samantha Irene in (2006).  Kelly married Jordan Nobles in (2007). They have one child: Julian James Thomas.  Art  married Jan Derrick in 1963 and had 3 children: Diyame (Caryn), Geoff and Gordon.  His second marriage was to Marcia in 1995.  Bruce married Linda Wilkin (Allison Clarke Stewart) in 1965.  His second marriage was to Constance Foss in 1970 and they have one daughter: Alexis.  Donna & Jim settled in Deep Cove.  Jim was a school librarian and Donna has been an active piano teacher and church organist.

After receiving his Doctorate from the University of Southern California in 1968, Art and family settled in North Vancouver and Art was a Professor in the Faculty of Education at U.B.C., setting with Marcia upon retiirement in Summerland, B.C.  Bruce received his Doctorate from Yale University in 1975.   After founding the Music programme at Malaspina College, he and Connie moved to Victoria where Bruce was a Professor until his retirement in 2010.  Connie, also a musician, continued as a Kodaly Scholar, Music teacher and choral conductor until her retirement in the same year.

Following North Burnaby, mom and dad went to study at Berkeley for a year in 1964/65 and then served congregations in Aldergrove and Port Alberni, where they both died tragically early; mom in 1970 and dad in 1971.  In 1982, the family and close friends spread their ashes at sea from the Argonaut (formerly a Thomas Crosby mission boat). 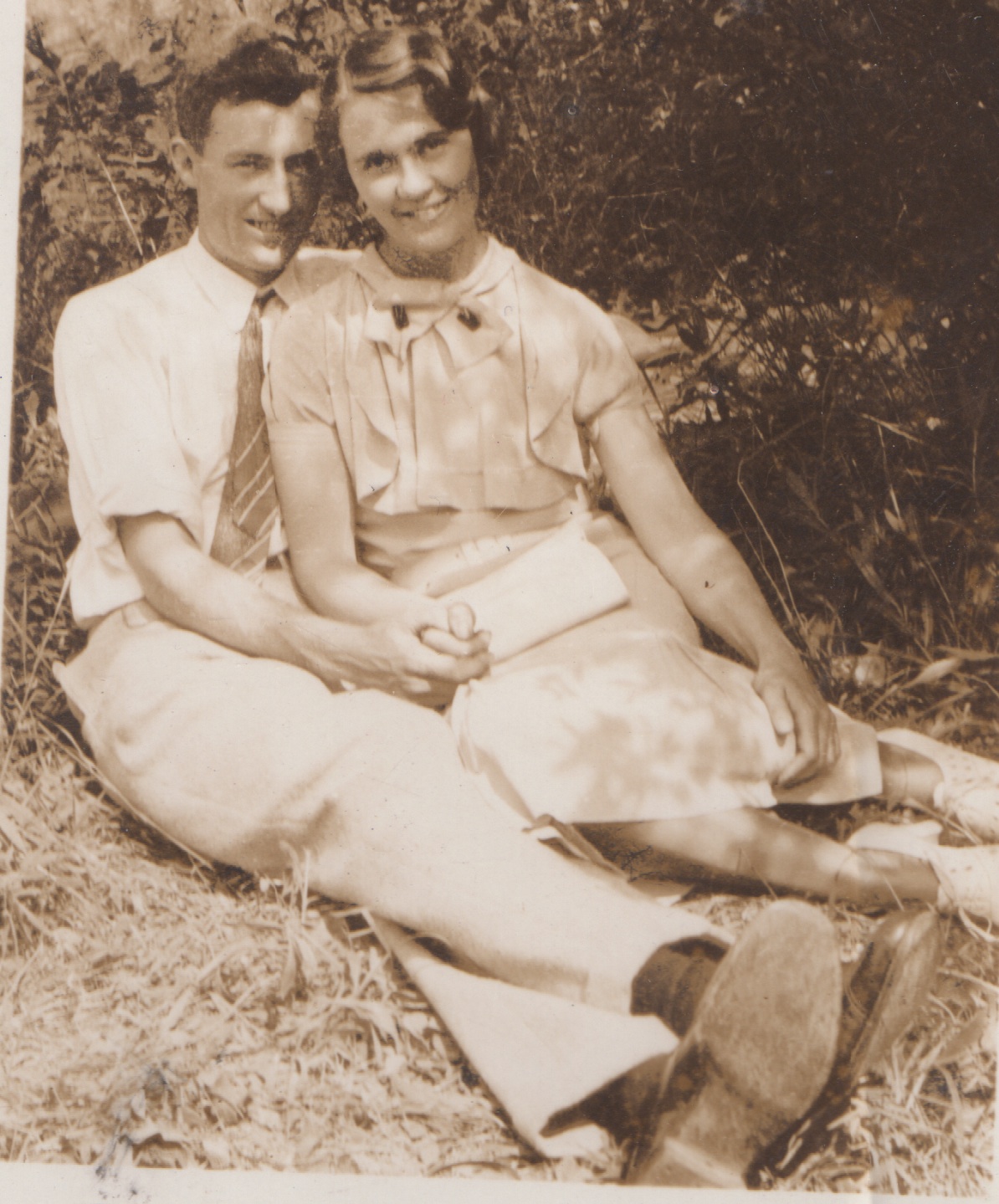 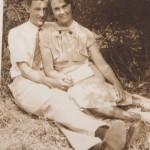 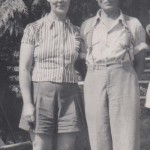 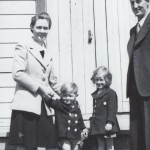 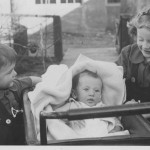 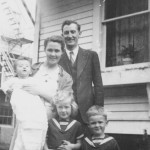 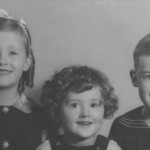 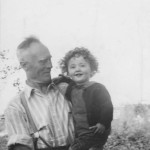 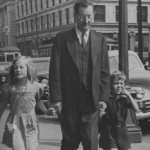 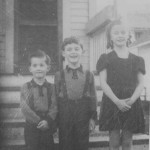 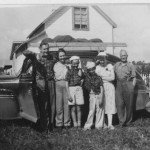 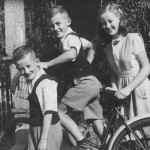 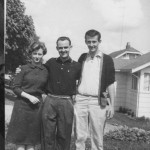 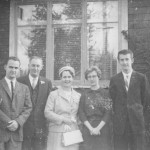 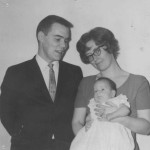 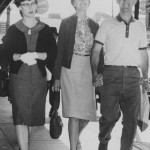 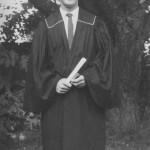 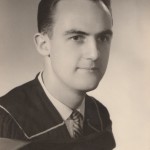 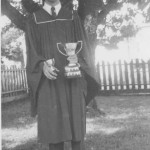 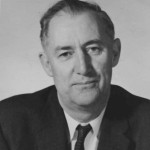 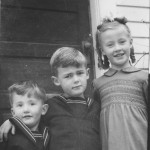 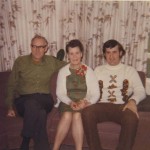 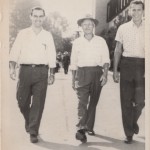 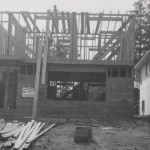 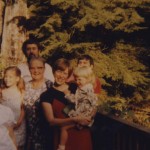