Uncle Will and Effie’s parents were Elijah Wilcox and Fanny Parks.  Elijah was born to Daniel Wilcox and Hannah (Harris) United Empire Loyalists, who had emigrated to Canada from New Jersey and New York in about 1803.

Art’s and my research conflict as to which Wilcox family Elijah was from.  I have based my research upon data from several Ancestry.com sites, but there is a family story with no supporting data, which links Elijah with Elisha Wilcox and a fascinating story regarding participation in “Butler’s Rangers” during the revolutionary war.  It’s quite likely that such a connection might be found at some future date, probably through a cousins family. It’s definitely interesting reading though: (b.1768 – see #8 above, Art’s Introduction  – pg. 6)

Elijah (a carpenter) moved to Creemore in 1858, where he and Fanny settled and where most of the family were born.  Elijah’s Grandfather Absalom was well known in late 18th century Toronto as a supporter of William Lyon MacKenzie.. (Click here for stories of Absalom).  His father Daniel was at one time a staunch member of the Methodist Community in Creemore.  The 1871 census lists Elijah as a “labourer and grocer”.  He was also a builder and land speculator, and as a pioneer supporter of the Methodist Church in Creemore, provided the land for the the new church, and most of the labour for the new building which opened in 1883.  He was reportedly a large and powerful man and in addition to being a Methodist he was a staunch Orangeman who had no patience with the large Catholic population north of Creemore.  A story told to Art by Auntie Annie tells of a Catholic group, threatening forcible resistance to Elijah’s desire to carry a flag at the head of the first Dominion Day (Canada Day) parade in 1867. Reportedly Elijah stood in front of the detractors, took a large spike and bent it over with his bare hands, then picked up the flag and led the parade unmolested.   The 1881 census shows  the whole family in Creemore, with the Eldest son (WJ – Uncle Will) and his wife Mary plus one of Mary’s brothers: Wesley Clingan at age 15.  Sometime after the Wilcox “nest” emptied “they moved to live with their daughter at the home of Elizabeth and her husband Alfred Monkman, at 401 Shaw St in Toronto, attending the Clinton St. Methodist Church. The 1901 Toronto (York) Census shows Alfred and Elizabeth with Elijah and Frances and 22 year old Effie.  Alfred was a Post Office clerk, making the handsome annual salary of $800 (the highest listed on that census page).   In 1903, the entire family returned to celebrate Elijah and Fanny’s golden wedding anniversary in the Shaw street home, presenting them with a gold purse.  By that time, the children had scattered  throughout the northern United states and  Canada: Edward to Denver; Matthew to Boise; Sara (R.K. Scales) to Virden, Man.; Margaret (McCrum) to Thief River Falls, N.D.; Elizabeth (A.H. Monkman)  to St. Catherines & then Toronto;  Susanna (Aunt Susie married F.W. Clingan – see his poetry   which was published in a Vancouver newspaper during the 40s) went  to Virden; Ida (W.R. Monkman) to Terry, S.D.  At this time, Gramma Effie lived in Toronto also.  She married Grampa Wiliam and moved  to Weyburn the following year.   Uncle Will had married Mary Clingan in Wellington, Ontario in 1879 and in 1882 travelled with the CP railway crews as far as Swift Current, setting up small stores wherever it seemed viable.  He settled that year in Virden, Manitoba, opening what became a prosperous store there. One of Elijah’s sons was described as having achieved great wealth and supporting 10 Methodist missionaries. This would likely have been Uncle Will.  He and Sara raised 8 children in Virden, but in 1906, due to an asthmatic condition, he moved the family to Salmon arm.  His father Elijah died in 1905 and was buried in Virden where Fanny lived for a time. Then she lived with Effie and William Arthur in Weyburn (census of 1906) and some time later, possibly when Grampa William died, she moved to live with Uncle Will and the Salmon Arm family, dying there in 1918.

The W.J.Wilcox family seems to have moved “lock stock and barrel” from Virden to Salmon Arm along with the substantial resources from the successful department store enterprise created in that town.  In Salmon Arm, Will developed a prosperous fruit orchard, becoming a pioneer of grape production in B.C. They built a large house (above) which had rooms for the entire family as well as three staff.  Our family may have stayed with them for a time before Effie was able to get a house in town.  It is not know how Effie supported the family but clearly Uncle Will was involved and the two families were very close.   Uncle Will’s final days were very sad!  During the depression, fruit had become an expensive luxury. In addition to marketing problems, Salmon Arm was suffering from a three-year drought. Irrigation was difficult on much of Wilcox farmlands. During these years he lost thousands of dollars and could not pay the taxes on his outlying properties, nor could he sell them. The municipality responded by auctioning the properties. In 1934, tragically, a train hit (and killed) Uncle Will, while he was trying to cross the railway tracks to attend to a neighbours chimney fire. Son-in-law Don Raven eventually took over the entire management of the farm and purchased his father-in-laws interest.  (See article by Donald Raven husband of Ruth Raven Wilcox:  (https://www.memorybc.ca/wx-ranch-fonds). 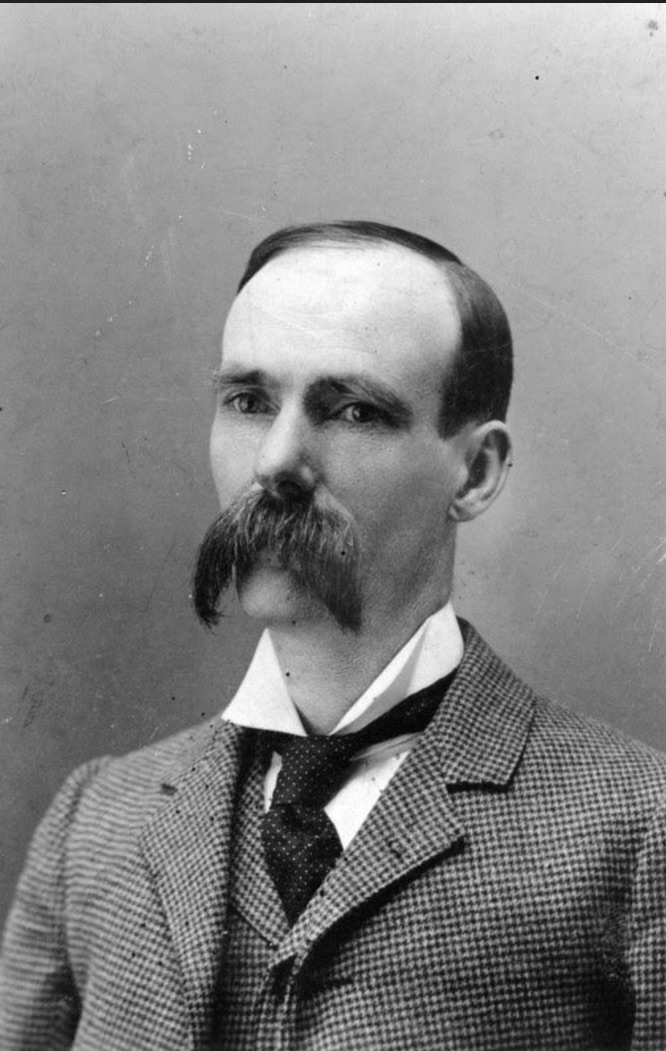 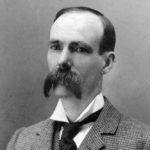 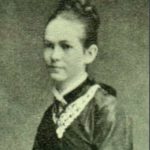 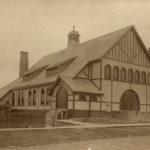 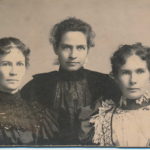 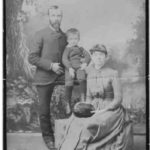 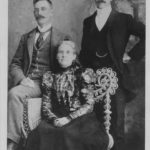 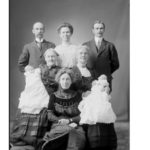 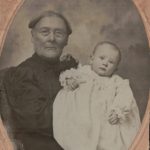 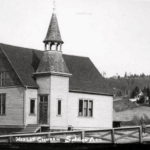 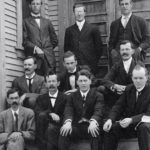 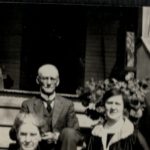 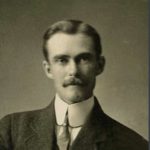 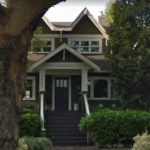 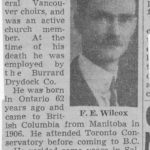