Jack was born in Wantage, England (Venn   Mill) June 27, 1905. and at a very early age moved to Canada with grandma, grandpa and baby sister Elsie, living in Alberta and moving to Vancouver in 1919.  He married Margaret Petersen on June 29, 1928 at Riverview United Church, South Vancouver. They had three children John b. 1933 Ann b. 1934and Billb. 1937. They lived in Vancouver.  In  March  1937 Jack went to Pioneer Mines, a very small community in the British Columbia interior where he was employed by Pioneer Goldmines. He work underground as cage tender and miner until July 1940. Jack walked thetrain tracks from Anderson Lake to Pioneer, a treck he made several times during the depression.  Money was scarce and automobiles were almost unheard of in that area at the time.  Shortly thereafter he brought the family there to live. John started school at Pioneer in 1939.  The family left Pioneer and moved back to Lulu Island ( now Richmond ) where John, Ann and Bill   attended Bridgeport school .  John remembers riding in the “stage”, a seven or nine passenger car from Pioneer to Saquamish on the trips to and from the mines . There was no road from Saquamish to Vancouver so a “ferry” had to be taken to Horseshoe Bay and then the long trip across West Vancouver, Vancouver,  Marpole then across two open span bridges to Lulu Island,  where the family lived at  380 Alberta Rd. until 1945. 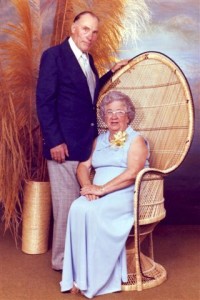 Jack learned his carpentry, like his brother Fred, from  Grandpa. He also worked with his brother Phil and Don Coker making wooden furniture (Westco Products) .  Westco  Products later became pioneers in the manufacturing of nylon winter jackets.  Jack also worked for Finches Transfer in Vancouver moving furniture and pianos and at Canadian Canners.  He also had a small mink  farm on Alberta Rd.,  selling mink pelts.   Before their marriage Margaret worked at a fish packing plant in Steveston.  During the early part of World WarTwo Jack worked for Vivian Diesel doing mechanical work on Naval and other ships.

In 1945 he built a home at 7750 Granville Street in Marpole where they lived until moving to Kelowna.  The children attended David Lloyed  George school in Marpole.  While living on Lulu Island John and Ann remember the removal of the Japanese Canadians from Steveston to the internment camps in the interior of British Columbia. John also remembers going to Brockton point with Grandpa to watch Australian Navy sailing ships coming into the harbour under the newly completed Lions Gate bridge and Grandpa describing and explaining about the masts, sails and other parts of the big ships as well as telling him stories about his experiences at sea.  He also remembers riding his bicycle with Grandpa to  Boundry Bay to see Uncle Harold and Aunty  Marg where they were building a small cottage onCentennial Way, which is now the home of their daughter Marilyn and husband Barry Cotter.  In 1948 Jack and family moved to Kelowna where he built the house at the corner of North Street and West Avenue.  John, Ann and Bill attended school in Kelowna and Jack continued to build houses.  In 1951 Jack and his son John went to Prince George where Jack  began building houses again.  In July 1951 John joined the RCMP and went to Ottawa to begin his training.  Later that summer Jack moved Margaret Ann and Bill to Prince George.  Shortly after the war John remembers visiting grandma and grandpa on Sundays.  At that time they lived in an apartment near Kitsilano Beach, and walking along the seawall with Uncle Fred and Uncle Ken while they watched the girls on the beach. Ann remembers her Mom as a great cook.  Jack was a life member of the Elks Lodge and Margaret a life member of the Royal  Purple.  Jack was also an avid hunter.

On March 22, 1982 while crab fishing with son in law Clifford Walker, near Cliff and Ann’s Lentzville home their small boat overturned as they were pulling up a crab trap.  Jack tied Cliff, a non-swimmer, to a bouy while he tried to swim to shore aided by the overturned 12 foot aluminum boat, talking to Cliff as he drifted toward the shore.  He was picked up by a naval vessel from the Nanoose Bay Naval Base clinging to the overturned boat having died attempting to get to shore.  He was pronounced dead from hyperthermia.  Clifford was picked up by the same vessel also suffering from hyperthermia,  taken to the hospital and released several hours later.  Jack always enjoyed scenery, the ocean and lakes, swimming, boating, fishing, crabbing, digging clams, eating raw oysters etc., he enjoyed life in general.

John joined the RCMP in 1951 as a single man.  At that time members were required to remain single for the first seven years of their service .  However in 1957 Prime Minister John Diefenbaker reduced that time to five years and John married Joyce Bondesen in Calgary on April  27, 1957. He served for 28 years in the Mounted Police largely in Alberta.  On retirement from the police force he spent 11 years as the Town of Ponoka CEO, retiring from that position in 1991.  Joyce passed away July 30, 2012 .  John lives in Red Deer, Alberta. 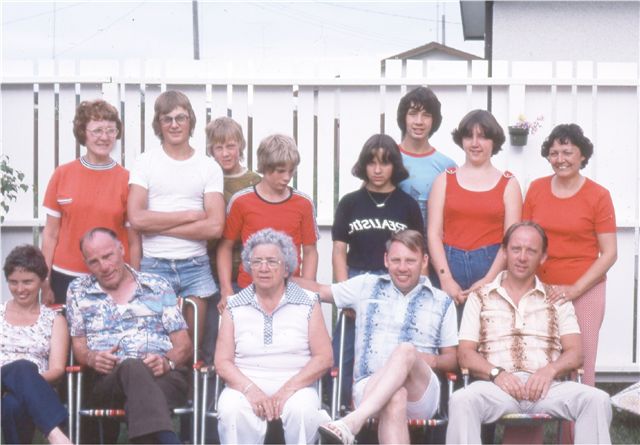 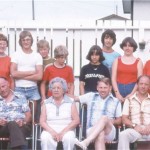 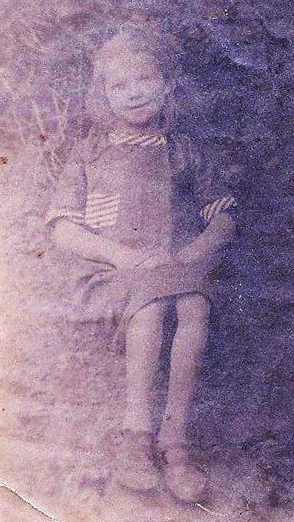 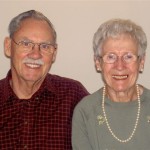 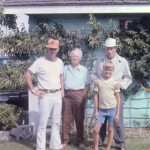 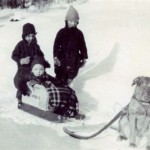 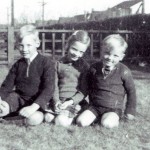 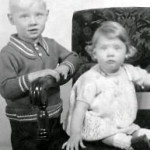 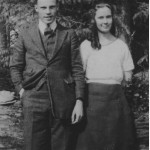 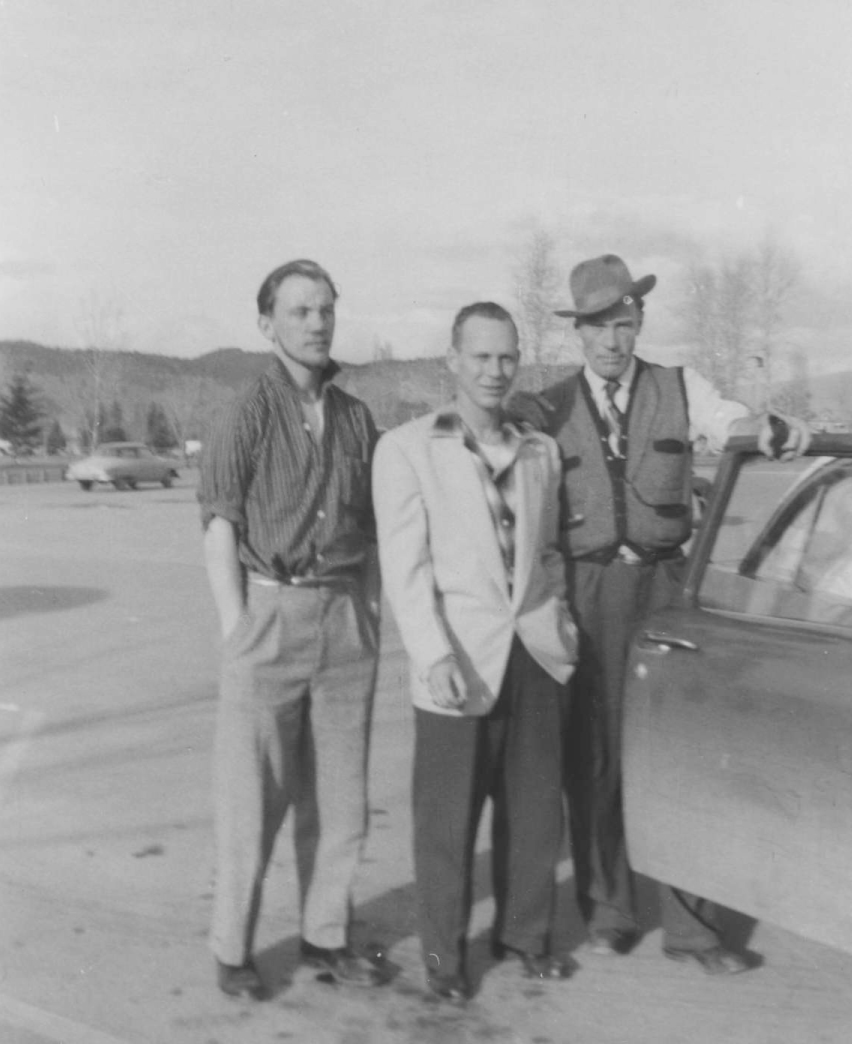 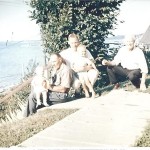 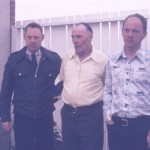 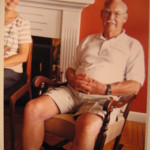 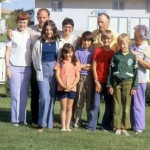 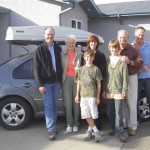 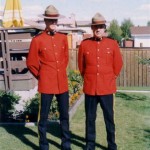 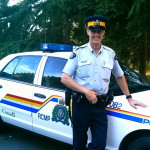 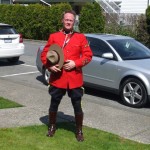