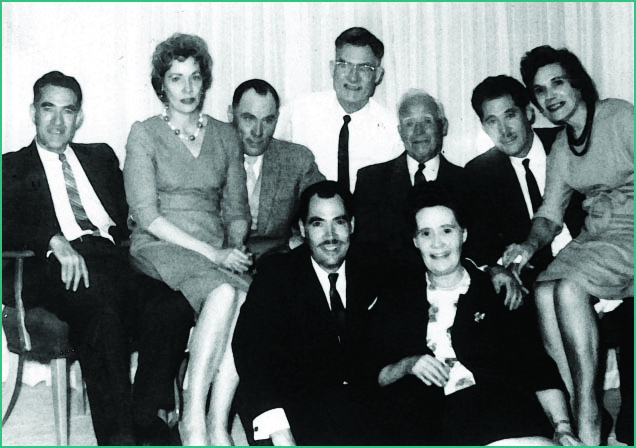 I. Genealogy chart – a family tree which covers primarily direct ancestors and descendants of John & Emma West (Grampa and Gramma), paternal & maternal, and also includes available information on the families of brothers and sisters of direct ancestors.    My initial goal was to research vertically rather than horizontally; therefore, there are no listed descendants after the 7th generation (the grandchildren of John Aldworth West and Emma Long).   By the use of colour coding, the information makes regular reference to the specific generation of individuals as positioned on the family tree chart.  e.g. John Aldworth West is on the paternal chart in the 5th generation.  I have not included birth dates on any living relatives, for reasons of individual privacy.   Note that dates are given only for deceased family members due to concerns about identity theft.  Feel free to contact me directly for current dates.

2. The Family and their stories – gives available details and anecdotes which amplify the data in the genealogy.  The information on which this section is based comes from  family verbal tradition as told most recently by  Ruth, Elsie, and Percy West but mostly through Mary Irish, from her own substantial memory.   (see Mary Irish’s page and the transcribed tapes of her voice). Other details have come from tapes which Mary has made of Percy’s voice, through many conversations with a number of living cousins and residents of Berkshire (see appendix) and from the B.C. aunts: Edna, Evelyn, Marjorie and Ruth.  In addition, there is documentary evidence which I have gathered sporadically during my visits to the Berkshire “mill country”  in 1969, 1970, 1981, 1983, 1987, 1993, 1997, 2005, 2010 & 2012.  Primary sources have been Parish records in Oxford and Reading, tombstones in churchyards and cemeteries of the district and interviews of local historians (Steventon, Grove and Blewbury. I have used footnotes to mark the direct quotations from the following publications.  1. This Venerable Village (Blewbury) – Peter Northeast and Roy East; 2. A Short History of Hanney – Diana R. Bowder;  3. The Victoria History of the County of Berkshire; and 4. The Wantage Families of Aldworth and Wellavise – Gordon Hope (unpublished).  The Oxfordshire Library’s Centre for Oxfordshire Studies (COS) in Oxford and the Berkshire County Records Office (BCR) in Shire Hall, Reading, are wonderful resources for various records & microfilms.  Microfiches of the International Geneological Index of the Mormon Church, and the national censuses of 1841/51/61/71/81/and /91 have also been major sources. Most of the anecdotes are from interviews of my aunts and (great) Uncle Percy and of course the many memories of Mary Irish. My presentation in this website is intended to be reader-friendly rather than an “official document”, therefore few of the available documents are included.

3. The Geography  focuses on the places where our ancestors lived and worked.  It takes the form of a tour guide and follows a  sometimes chronological path from Blewbury to Venn Mill.  Well into the 16th century, land was  owned primarily by the nobility.  Increasingly after that time, more successful “commoners”  leased the more elaborate farms and manors from the owners, who were often absentee landowners, usually the church,  nobility or Oxford Colleges.   Venn Mill, for example, was owned by Lord Wantage, and Prior’s Court in West Hanney by New College, Oxford.   William Long in Garford was probably such a lessee, or tenant.  Equally likely, the many millers in the family were often employees of the “tenants” of the manor of which each mill was a part.   This tradition changed in the late nineteenth and early 20th centuries as leases were sold off.  For example, Henry Prior bought the lease for the Old Mill at Blewbury in 1921 when the Wantage Estate, which owned the Blewbury Manor, was split up.

INTRODUCTION – The process of researching the West Family tree has been time consuming but highly rewarding.  In many ways, I have just touched the surface.  Some Parish records from the West’s geographical area, which was Berkshire before 1974 and is now Oxfordshire are available, transcribed and indexed, but an equal number are in progress.  This means countless hours of reading original manuscrifts or microfilms, some of which are virtually unreadable.  Some day these records will all be available in transcribed and indexed form so that all of the unfinished searches can be done in a few days.  Unfortunately (or fortunately?), none of our family have become Mormons, and therefore there is limited evidence of our branches Wests, Longs, Aldworths, Westells, Whitings etc. in the International Genealogical Index put out by that church. 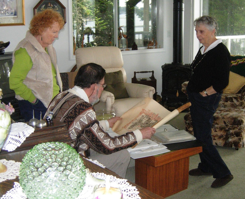